Posted on December 31, 2014 by Caitlyn McFarland

Guys, it’s been a long time. I haven’t blogged in three months. That’s a lot. I don’t mean to let that much time pass, but I’ve been busy. Superfast recap:

In October, I made Halloween costumes. Yes, I make my own. This year I got overly ambitious and took on too much, but I’m rather fond of the results.

Elsa. That cape. It took forever.

Anna. The embroidery on the bodice actually didn’t take as long as her cloak. Keep scrolling to see that. 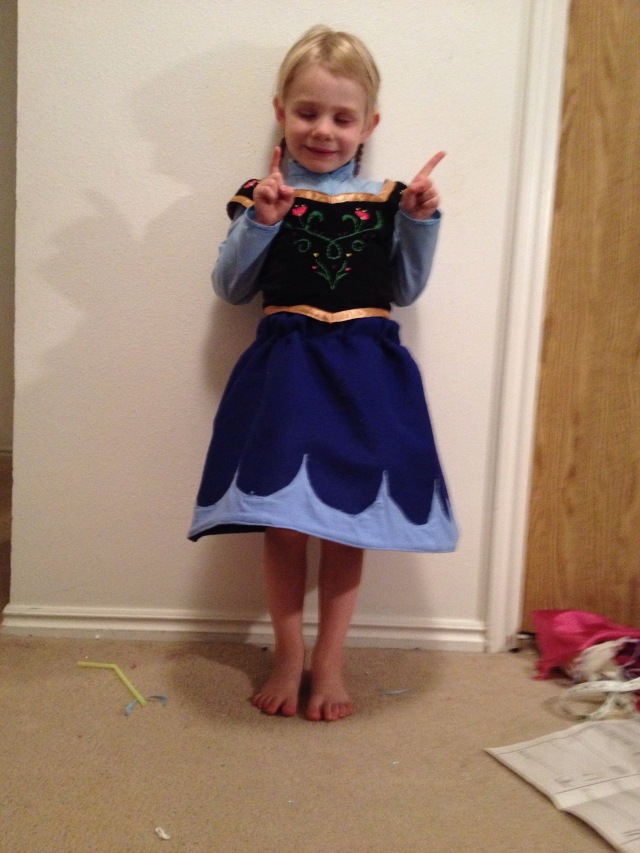 Merida. This one, thank goodness, was a recycled costume from two years ago. I only had to repair it a little.

Also in October, I re-outlined book two of my trilogy so I could get a better handle on the timeline. I love color-coding!

And here we have the costumes, colored hair spray (on the younger two) and full make-up on Halloween. I’ll be honest, having girls to dress up is the best.

About a week after Halloween, my oldest daughter had a birthday. I don’t have pictures of that on here, so you’ll just have to trust me. A week after that, I had a writing retreat with some of my absolute favorite people. I ate a dragon pancake and talked about writing and wrote. It was amazing.

Then we had Thanksgiving with my husband’s family. Husband’s parents live about fifteen minutes north of us, so the out-of-town family traveled here. Thank goodness.

Also, throughout all of this, I was working my tail off to finish the second book in my trilogy and meet my FIRST EVER official deadline.

Christmas prep began, though I’ll admit to doing basically nothing but Christmas shopping this year because I was working so hard to finish my book. 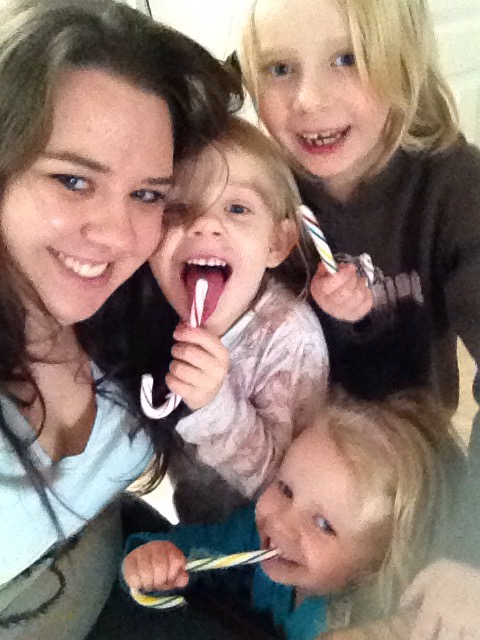 First official deadline MET on December 15th, and I sent the second book in my trilogy off to my editor. I don’t think I’ve ever worked so hard on something in my life. Here I am looking like a crazy person the day I finished working and sent the story in. If I look crazy and out of it, it’s because I absolutely was.

Four days after meeting my deadline, we left to drive from Utah to Ohio to have Christmas with my family. On the way out we took 70 through a blizzard in Colorado. It was one of the worst, most frightening things I’ve ever experienced. I don’t have any pictures of that. Instead, behold the glory that is southern Utah off Route 6. SO EXCITING!

After we defied death, I thought we should drive past Denver before we stopped for the night. Mistake. Did you guys know there are NO HOTELS east of Denver until you get to Kansas? So instead of staying at a hotel, we found a 100-year-old inn/bed-and-breakfast-except-not-breakfast (I kid you not, the owner had a picture of the building with horse-drawn carriages in front of it from when it was built). This town was both quaint and terrifying in an are-we-going-to-be-murdered kind of way. However, we were NOT murdered, so if you ever find yourself in need of a place to sleep east of Denver on I-70, the Strasburg Inn is cute and clean and the owner is very nice.

Then we made it to Ohio. YAY!

And then there was Christmas.

And then we left Ohio. Seriously. That’s what it felt like, even though we were there a week. I got a cold while we were there, so the whole thing passed in a blur. But I had an awesome time! Funny story, when we left Utah it was in the 40’s and 50’s all over. Going home, we passed through places with temperatures of -27. So. Fun.

Since Colorado tried to kill us, we took I-80 home. Thank goodness, we managed that trip as planned. Here’s a picture of Abraham Lincoln’s head from Wyoming. 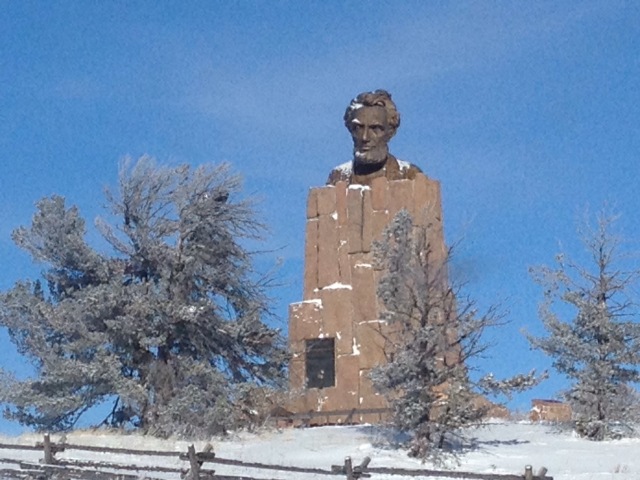 One thing about I-80 that fascinates me is how closely it follows the Oregon/Mormon trails. Being LDS, I’m so intrigued by the idea that I’m passing over much of the same ground that the pioneers struggled to cross on their way west. I don’t have pioneer ancestors myself (husband does), but those are still my people. It always blows my mind what they went through.

Also in Wyoming, there was so much blowing snow in the air it started to look misty, like a dream scene from a movie. It gave the sun a halo and blew across the road in that weird way that makes the road look a like water. Here’s the best picture I got of the halo, but it doesn’t do the thing justice. Those little rainbows on either side looked HUGE.

And then back to Utah. This picture is not great, but that’s okay. 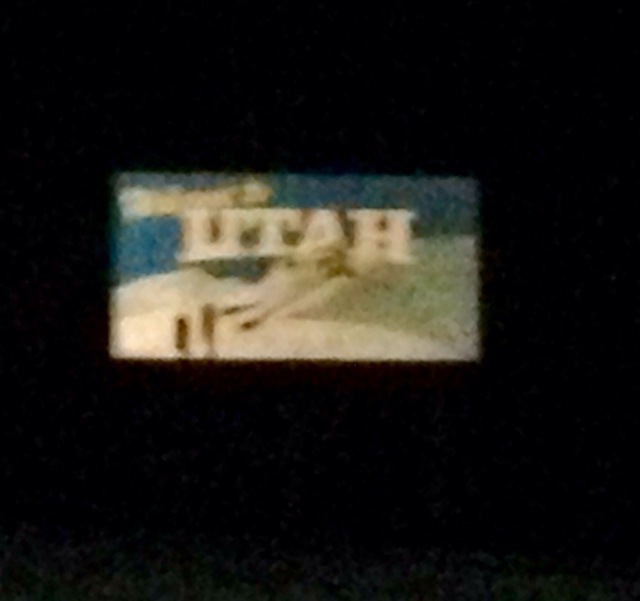 So that’s why I haven’t blogged much for the past three months. My life was nuts. I’m going to try and do better, though I’m pretty sure my life will remain crazy until June, when my third book is due. Still, I’ll try to do better and blog at least a couple of times per month. I usually do a New Year’s post, so I’ll probably have something for you tomorrow.

Mom of three girls, writer of fantasy novels.
View all posts by Caitlyn McFarland →
This entry was posted in Just Life. Bookmark the permalink.