Posted on January 13, 2017 by Caitlyn McFarland

Hey! It’s been a while. A long, long while. But one of my goals for 2017 is to get back in touch with the internet, and what better way to kick it off than with the cover reveal for a book you’ll all want to read?

The Hundredth Queen, the debut of my agency sister, Emily R. King, will hit virtual shelves on June 1st of this year. If you like YA fantasy, you’re not going to want to miss it! Check out the back cover copy:

As an orphan ward of the Sisterhood, eighteen-year-old Kalinda is destined for nothing more than a life of seclusion and prayer. Plagued by fevers, she’s an unlikely candidate for even a servant’s position, let alone a courtesan or wife. Her sole dream is to continue living in peace in the Sisterhood’s mountain temple.

But a visit from the tyrant Rajah Tarek disrupts Kalinda’s life. Within hours, she is ripped from the comfort of her home, set on a desert trek, and ordered to fight for her place among the rajah’s ninety-nine wives and numerous courtesans. Her only solace comes in the company of her guard, the stoic but kind Captain Deven Naik.

Faced with the danger of a tournament to the death—and her growing affection for Deven—Kalinda’s only hope for escape lies in an arcane, forbidden power that’s buried within her.

In Emily R. King’s thrilling fantasy debut, an orphan girl blossoms into a warrior, summoning courage and confidence in her fearless quest to upend tradition, overthrow an empire, and reclaim her life as her own.

Sounds good, yes? And it comes in such a pretty package! 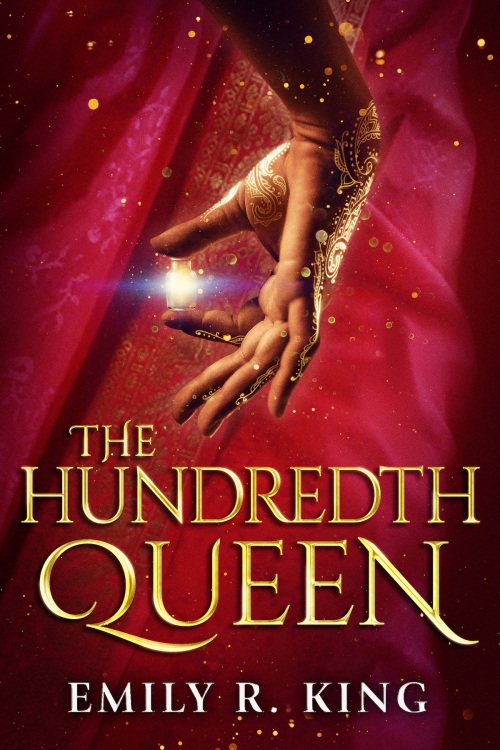 Congrats, Emily! I can’t wait to get my hands on it, and I’m excited to see what you do next!

Mom of three girls, writer of fantasy novels.
View all posts by Caitlyn McFarland →
This entry was posted in Books and tagged books, books to read, cover reveal, EmilyRKing, fantasy, YA. Bookmark the permalink.